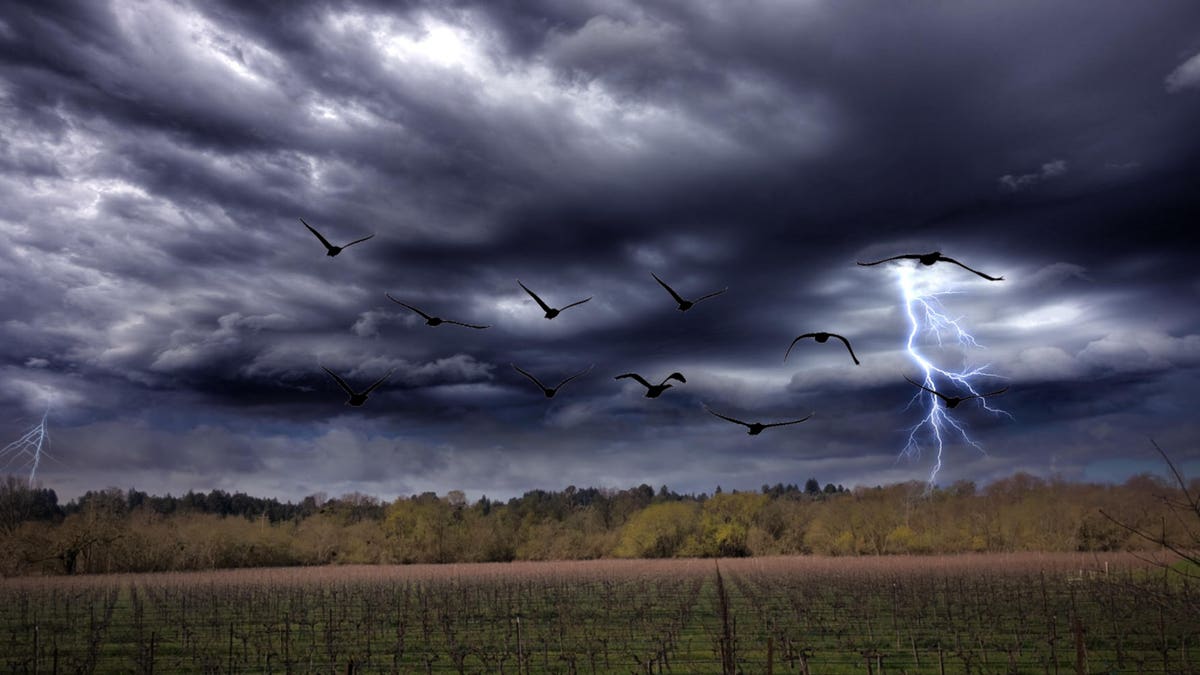 Around 13 years ago, the partners that owned Far Niente, known for their Napa Valley Cabernet Sauvignon and Chardonnay wines, decided to check out a piece of land that was at the lowest elevation in the Russian River Valley in Sonoma County. It was basically an “unplanted dirt farm” that had a big hole in it and the owner used the land to sell dirt according to Andrew Delos, the director of winemaking for the Far Niente Family of Wineries & Vineyards. The land was next to a highly respected Russian River vineyard called Widdoes but it was still a shock as Andrew remembers when the partners came back that same day and announced that they were taking the gamble on this plot of land, the idea of planting such a unique site was a harrowing thought. Mary Grace, vice president of marketing and communications for Far Niente Family Wineries & Vineyards, remembers the moment she found out about the purchase and she recalled feeling that they were “all in” when it came to producing a Russian River Valley wine as it symbolized them putting their “stake in the ground”.

That vineyard became Northern Spy Vineyard which is located in the Green Valley AVA (American Viticultural Area), a sub-AVA of the overall Russian River Valley AVA wine area, and it is an integral part of the EnRoute Russian River Pinot Noir blended wine ‘Les Pommiers’ that was started by Far Niente. And although EnRoute makes a small quantity of single bottlings of their Russian River single vineyards, it is the role Northern Spy plays in the blend, giving it the full expression of Russian River, that makes it an incredibly valuable plot.

Far Niente is no stranger to blending vineyards of a famous wine area, such as their own Napa Valley wines, but they are also just as familiar with single vineyard Napa Valley bottlings which is represented by their sister winery Nickel & Nickel. But the partners of Far Niente had a great love for Pinot Noir and so Far Niente actually bottled a Pinot Noir in 1980 but it was never released as it didn’t feel right for the brand and then in 2003 Nickel & Nickel made Pinot Noir bought from the Dutton Ranch in the Russian River for a few vintages but that didn’t seem right for that brand as well; they were faced with either starting a new winery from scratch that was completely devoted to Pinot Noir or giving up the dream. They were not giving up on the dream.

The partners spent a significant amount of time traveling to Burgundy and looking at vineyards to purchase. Andrew Delos remembers tasting wines from Anderson Valley, Carneros and Santa Barbara in California as well as Oregon and a few areas in Europe. “We just kept coming back to Russian River as these were the wines we really, really appreciated”, said Andrew and he further noted that Russian River itself had a wide range of “diversity” when it came to sites expressing various flavors and aromatics. So in 2006 they had an opportunity to buy land in the Amber Ridge Vineyard, in the north area of Russian River, which was supplying fruit that they had already been purchasing and still to this day it is the “backbone” of EnRoute’s ‘Les Pommier’. Within a year of the Amber Ridge purchase they decided to buy the dirt farm that became Northern Spy. Despite Amber Ridge making up the majority of the blend, hence being the backbone, the qualities of the wine made from the Northern Spy Vineyard certainly bring a unique aspect of Russian River to the blend as well as being a big commitment that showed Far Niente’s serious intention to make a complex and compelling Pinot Noir.

Andrew, who had been the winemaker for EnRoute until a couple of years ago, said that Amber Ridge was the vineyard he had “more tender feelings” for because it makes EnRoute’s ‘Les Pommiers’ possible. He came to work for Far Niente in 2003 starting as an enologist and assistant winemaker at Nickel & Nickel. In 2006 he was asked to start a Russian River winery for Far Niente which he was excited about as he had already worked at Pellegrini and Merry Edwards in Russian River Valley. He said that he got “dialed into this vineyard through a friend who was farming it” and he made a few barrels of wine to test it out and knew that this fruit, used by Kosta Browne and Siduri, would be the flesh and bones of their wine.

A few years ago, Andrew had the challenge of finding a winemaker who would be better at making the EnRoute wines as he himself was going to be promoted to director of winemaking for the Far Niente Family of Wineries & Vineyards. Michael Accurso, who was the head winemaker at Goldeneye in Anderson Valley (another area in California known for Pinot Noir), wanted to move closer to home as he grew up in Napa Valley and so when he ran into Andrew (whom he has known for a long time due to their mutual obsession for Pinot Noir), EnRoute seemed to be the ideal match. And so the gauntlet had been passed over to Michael with Andrew excited about what Michael has already teased out of their Russian River vineyards in the current 2018 vintages.

Michael spoke about working the Amber Ridge site and how he was trying to balance the “fine line between the beautiful characteristics of Pinot with the opulence” that comes with this vineyard. He said Russian River was more like a spoon than a typical valley in California and that Amber Ridge was at the most northern tip of the spoon which meant it was one of the warmest sites with more exposure that gave it more sunlight hours. The fog that travels up the Russian River gets to Amber Ridge much later in the evening than the majority of EnRoute vineyards in the Green Valley – located in the heart of Russian River – and the fog is burned off much earlier in the morning at Amber Ridge as well. The steepness of the site also lends itself to more exposure to the sun, and a less fertile soil focuses more concentration into the grapes so it needs to be farmed with a sense of not allowing the Pinot Noir grapes bunches to get overripe. “You want to reveal the goods without stripping it naked”, Michael noted when it came to how their team dealt with the grapes as he knows that the lush quality of this site is what gives the ‘Les Pommiers’ its appeal but not at the sake of sacrificing the freshness.

But when it came to the Northern Spy Vineyard that was originally a dirt farm, Michael said, “This is when site trumps all.” Northern Spy is in the middle of the spoon and the lowest point in the valley and so all the cold air sinks right into Northern Spy. Since it is the coldest area in Russian River, it actually has pine trees at the end of the vineyard. He said this site makes the kind of wine that hardcore Pinot Noir enthusiasts love as it has the high acidity that gives it an intense vitality with multi-layered aromatics and flavors that have real depth. But he does admit that it can be a stressful site to work as it is the last harvested at EnRoute, mid to late October, and so the weather is working against him. But no one becomes a Pinot Noir winemaker, a famously finicky grape, to take the easy road to making a great wine.

A unique vineyard like Northern Spy can be one that lacks mass appeal although it has a small hardcore following when it is made as a single vineyard wine, as opposed to being used in a blend, as it is a wine that most don’t expect but a few search the end of the earth for. But in the minds of the Far Niente team, it is impossible to give a full representation of the Russian River Valley without it adding the intriguing notes that Northern Spy adds among the lushness of the Amber Ridge as well as the other sites that come together to make the ‘Les Pommiers’ blend.

Far Niente understood a long time ago that if they wanted to make a great example of Russian River, it couldn’t only be about the vineyards that brought that big plush Pinot Noir style that took the world by storm – it had to be about all the various nuances that were found across the valley, even when it comes to a site that doesn’t fit within the norm of what a Russian River vineyard should look like. But that is what gives EnRoute’s ‘Les Pommiers’ its edge and compelling nature wrapped up in inviting fruit and solid structure. Northern Spy is proof that sometimes taking a gamble on the unorthodox choice can bring an obviously popular choice like Amber Ridge to the next level while also bringing a greater authenticity to the wine representing Russian River Valley as a whole.

2018 EnRoute, ‘Les Pommiers’ Pinot Noir, Russian River Valley: 100% Pinot Noir. All the single vineyards that EnRoute make are added to the blend with Amber Ridge making up the majority. Lots of perfume on the nose with florality and baking spices that had rich red cherry with lots of flesh and juiciness on the palate and had a smoky Lapsang Souchong tea note on the finish.

2018 EnRoute, Amber Ridge Vineyard Pinot Noir, Russian River Valley: 100% Pinot Noir. Big shoulders with lots of silky tannins that had darker fruit with a plush body that brought delicious flavors of black cherry preserves and spiced cake with a hint of dusty earth that balanced out the decadence of the rich fruit. The single vineyard bottlings can only be purchased directly from the winery as they are made in small quantities.

2018 EnRoute, Marty’s Vineyard Pinot Noir, Russian River Valley: 100% Pinot Noir. This was another single vineyard bottling that was tasted as being another component in the ‘Les Pommiers’ blend. Marty’s Vineyard is found South of Amber Ridge and it is located in the Green Valley, like Northern Spy, but it is also a vineyard with a steep slope so the average temperatures are cooler than Amber Ridge but not as cool as Northern Spy. Michael Accurso said that the first time he made this wine his eyes became really big as the wine jumped out with incredible aromatics. This was evident by the intense floral aromatics of rose petals and violets that might explain why the ‘Les Pommiers’ had such a perfumed nose. There was also a dark chocolate covered cherry flavor intermixed with dried thyme that made it intriguing on the palate as well.

2018 EnRoute, Northern Spy Vineyard Pinot Noir, Russian River Valley: 100% Pinot Noir. This is certainly a thrilling wine for Pinot Noir fanatics as it does have an electricity to it that is extremely compelling with bright acidity, finely textured tannins and orange blossom with forest floor and fresh sage that had a cranberry zing on the long finish.