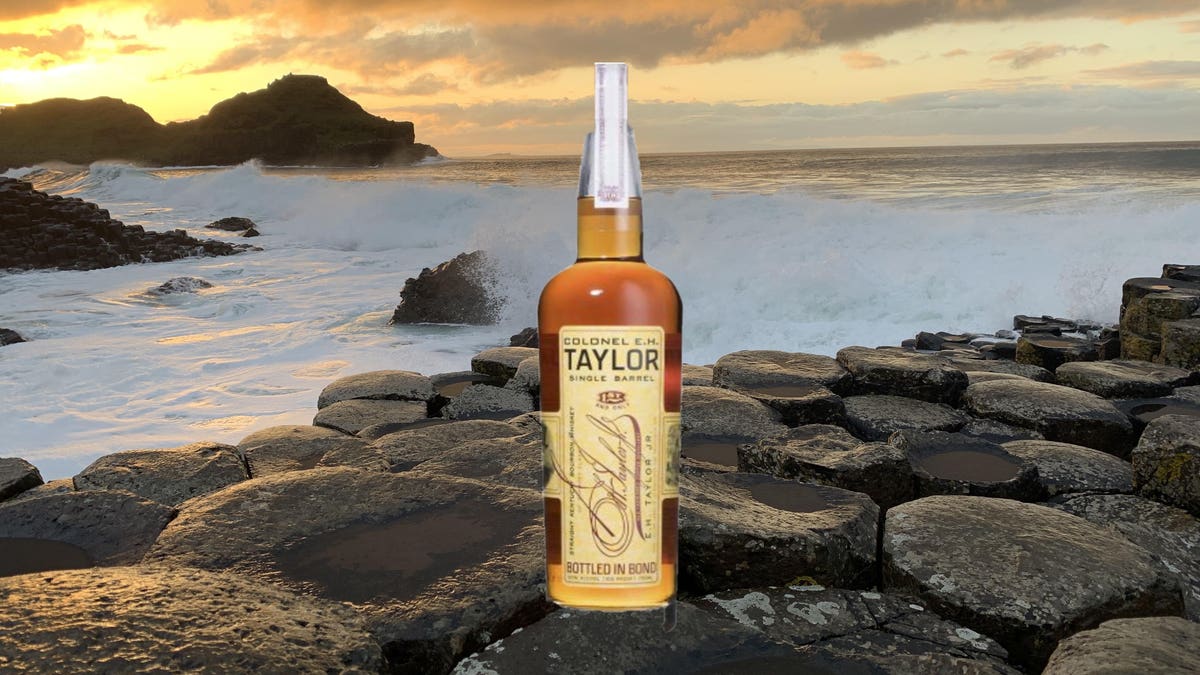 Last week the International Wine And Spirits Competition revealed the results of their annual tasting panel. In most major categories, anyway (for the scotch rankings we’ll have to wait patiently until September). There were plenty of surprises—such as an aquavit from the Orkney Islands of Scotland. Or a vodka distilled from rye in Colorado. But let’s focus instead on one particular name that is not at all shocking to see amidst a winner’s circle: Colonel E. H. Taylor Jr.

In awarding the Single Barrel offering a near-flawless mark of 99 out of 100, IWSR judges applauded its “intense nose of bitter chocolate”, riding a buttery smooth mouthfeel, with touches of peach and pepper in the mid-palate.

Another way of describing the liquid is that it is ultimate crowd-pleasing bourbon. How do we know? Well, because it keeps pleasing crowds of professionals. The E.H. Taylor, Jr. lineup now consists of 11 labels and virtually every one of them have climbed to the tops of connoisseur wishlists. In 2018, a Four Grain variant was named ‘World Whiskey of the Year’ by Jim Murray, in his highly-regarded Whisky Bible. The one-off retailed for a quaint $70 when it hit shelves. Want one now? Sure thing. It’ll cost you about $1800.

So just who is Colonel Edmund Haynes Taylor, Jr. and why is his bourbon so universally renowned? First off, the man is considered a founding father of the modern bourbon industry. Many of the innovations he pioneered throughout the 19th Century affect the way that you taste American whiskey today. He championed copper tank fermentation, heat-cycling warehouses, and lobbied for the passage of the Bottled-in-Bond Act of 1897.

That last accolade set standards for high-quality bourbon, implementing a system in which 100-proof whiskey, born of a single distilling season and aged for a minimum of four years. All backed by the guarantee of the federal government, by the way. When you see Bottled-in-Bond on a product today, you are assured of just the same.

And if you’re lucky enough to get your hands on a bottle of E.H. Taylor’s namesake label, you’re getting liquid that aged in one of his century-old warehouses which now belong to Buffalo Trace. The Single Barrel that just took home the top prize at IWSC is hand-selected by master distiller Harlan Wheatley to be a prototypical sipping bourbon. Ice and mixers need not apply.

Although it technically retails for $70. You’re not going to find it for less than 3x that amount. And, frankly, it’s still a bargain at $235. This gem also earned a score of 97 points at the Ultimate Spirits Challenge. That’s two points higher than the venerable 23-year-old Pappy Van Winkle. Last year it won double gold at the San Francisco World Spirits Competition. It’ll probably win three more medals before the year is out.

In June, Buffalo Trace announced the release of its oldest age statement yet in the series: 18 year marriage. The 11th bottle to brandish the E.H. Taylor label was an exquisite merging of the distilleries 1 wheat and 2 rye mashbills. It was a caramel creamcorn bomb that was not long for this world. Cask Cartel was last spotted slinging it at $5,000—70x its retail price. And even though, they couldn’t keep it stocked. All this is to say: should you come across ‘EHT’ in the wild, do not hesitate to make it yours. The complete lineup is included below, with links to respective tasting notes.