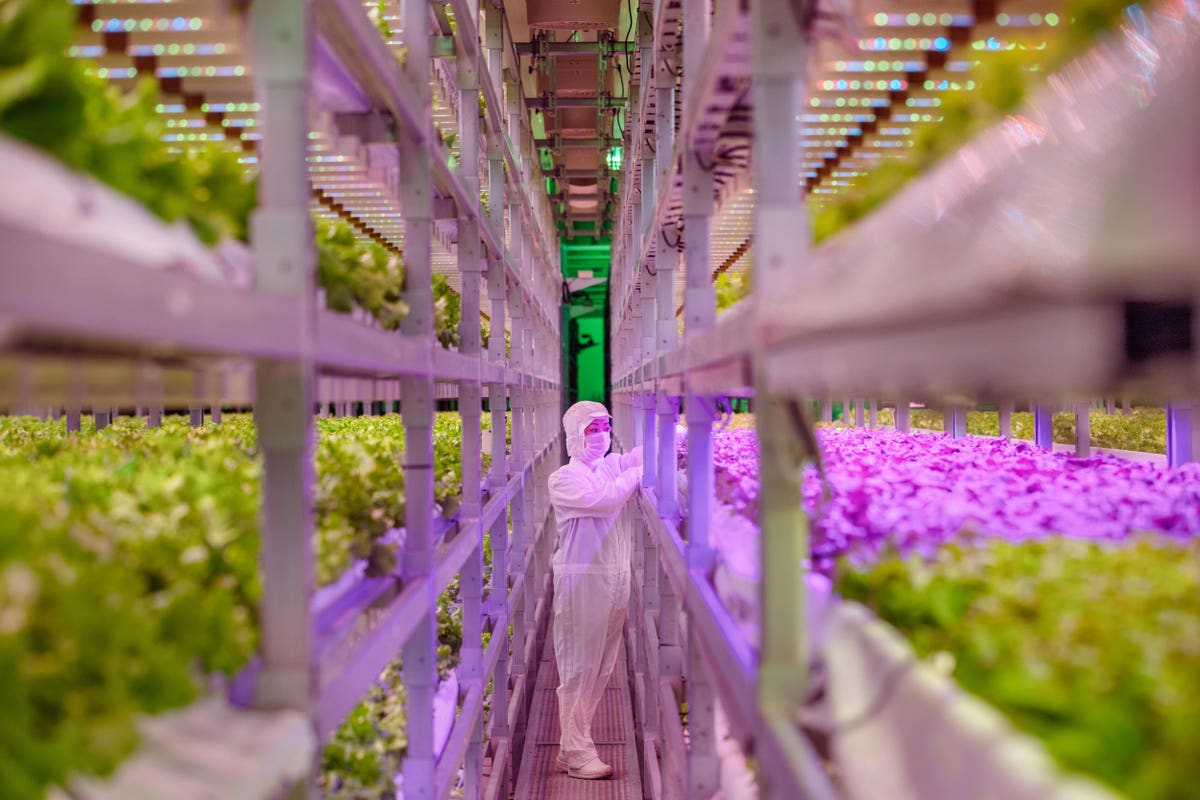 The coronavirus pandemic has disrupted the traditional U.S. food and agriculture supply chain and created a potential growth opportunity for plant-based meat companies like Beyond Meat and Impossible Foods. It may also mean you see more produce from indoor vertical farms in the so-called AgTech space.

Supermarket chain Albertsons and the San Francisco-based indoor vertical farm startup Plenty said this week that Plenty would eventually supply its indoor-grown baby kale and other produce to more than 430 stores across California beyond select Albertsons-owned Safeway and other stores in the Bay Area that currently stock Plenty produce.

The startup, which is backed by investors including Softbank, Amazon CEO Jeff Bezos and Google’s former CEO Eric Schmidt, had raised more than $400 million as of January 1, according to PitchBook. That puts it in the unicorn club of startups with a valuation exceeding $1 billion.

When fresh produce demand soared at the start of the pandemic, the companies said Plenty was able to boost production to supply more produce to relieve store shortages.

“When Covid hit, that severely shocked the food chain and distribution centers were closed,” Matt Barnard, Plenty CEO, said on CNBC on Wednesday. “There were instances when Plenty was the only thing on the shelf. We were able to prove the extreme reliability of our farms and short food chain with our local farms.”

With its rivals including AeroFarms and Bowery Farming, these indoor farms are part of a growing crop of AgTech companies that often have some sort of environmental sustainability pitch and tout the use of data science and other technology to increase crop yield and make different parts of agriculture more efficient and traceable. Plenty, for instance, said its vertical indoor farm uses less than 1% of the land and 5% of the water compared with traditional farming.

In another sign of growing interest in the space, Oracle cofounder Larry Ellison and physician Dr. David Agus in July formed Sensei Holdings, which includes an indoor-farm AgTech unit.

Investors also look to be taking a growing interest in the space, especially against the uncertain impact of the pandemic and how it may upend the global food-supply chain.

AgTech venture capital investment totaled $2.2 billion in the first two quarters of this year, after a record 2019 when $2.7 billion in total was raised, according to a study by Pitchbook and VC firm Finistere Ventures, which also invests in Plenty. This is in sharp contrast to Pitchbook data showing VC funding in the battered-retail sector having slumped by more than half this year.

In the so-called foodtech category, $4.8 billion already has been raised the first six months of this year, compared to $7 billion in total last year, the research shows. Most of the funding for both the food and agriculture tech spaces this year came in the second quarter when Covid-19 escalated to become a global crisis.

As consumers increased online orders, that translated to delivery companies Deliveroo, DoorDash and Instacart rounding out the top four startups, along with plant-based meat company Impossible Foods, in getting most VC funding in the first half of this year, according to the study. A case in point, for publicly-traded Uber
, Uber Eats-led delivery business has beat its mainstay ride-sharing bookings.

After the pandemic idled or shut meat plants and caused spikes in prices, Beyond Meat, which went public last year, said in May it would introduce “heavier discounting against animal protein.” Company CEO Ethan Brown said then meat supply disruptions gave Beyond “an opportunity for consumers to be aware of a different model.”

The pandemic continues to sow its disruptive effect across different sectors of the economy.