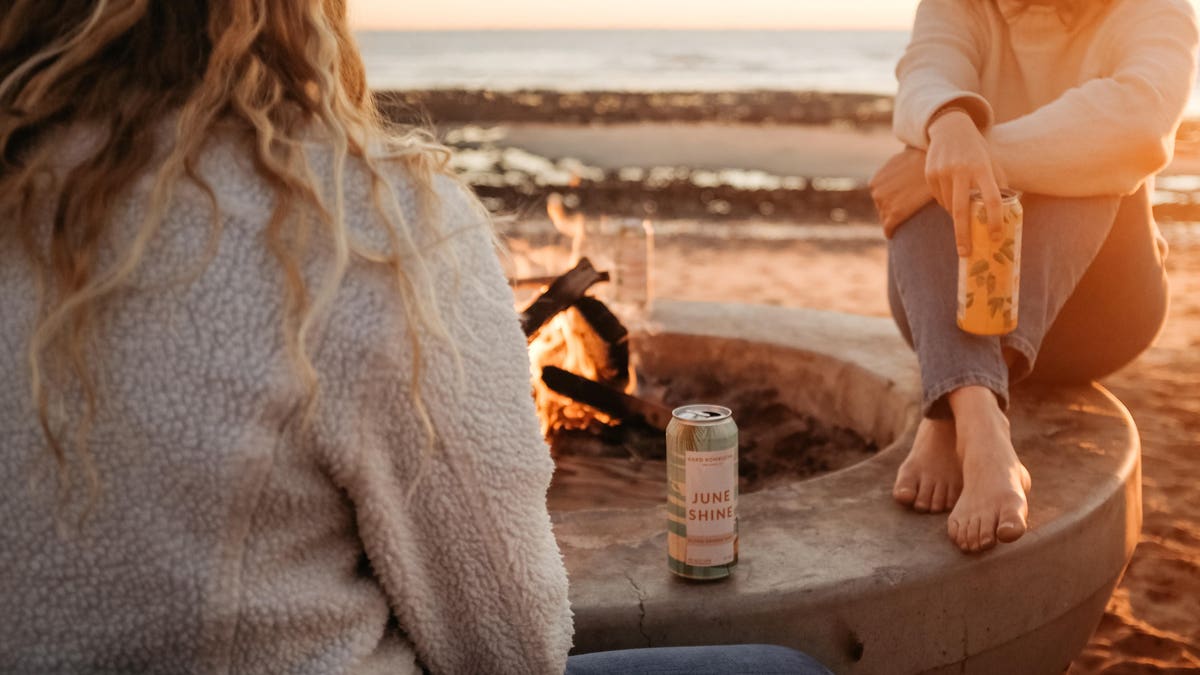 Step away from the hard seltzer, 2020, is all about hard kombucha. People everywhere are swapping their spiked bubbly for fruit forward hard kombucha.

According to the trade group Kombucha Brewers International, sales of hard kombucha have grown from $1.7 million in 2017 to more than $12 million in 2019.

“First there was IPA fatigue across the country and we saw people moving away from beer to seltzer, and now we’re starting to see hard seltzer fatigue,” Forrest Dein, the co-founder of JuneShine Hard Kombucha, which launched in 2018, sold about 100,000 cases in 2019 mostly in California but is on track to triple their sales this year while expanding across the country.

“Seltzer paved the way for a new era of alternative alcohol categories and Hard Kombucha is the next big wave,” says Dein. “If you look at the historical data, you can chart seltzer growth with brands like La Croix that paved the way for hard seltzer with White Claw and Truly. The same story is playing out in our category with GTs and Health-Ade paving the way for the kombucha space and now you see hard kombucha following a similar growth trend. We think it will eventually be bigger than cider but smaller than hard seltzer.”

“I think consumer preferences are changing and it’s a great alternative to beer,” said Boochcraft’s Director of Marketing Margaret Link.

Boochcraft, one of the early hard kombuchas on the market, was conceived back in 2015 by a group of friends in Ocean Beach, California. They were making kombucha and one of them who was also into brewing beer had the idea to make a batch that was purposely hard. They started selling their hard kombucha in 2016 and the brand is now in the top 50 of all craft breweries according to Nielsen data.

Like other kombuchas on the market, they’re part of an overall trend in consumer preferences towards low ABV cocktails, which before the pandemic were becoming a mainstay on restaurant and bar menus.

What Exactly is Hard Kombucha?

While kombuchas (both the non-alcoholic and alcoholic versions) are relatively new to U.S. drinkers, the fermented tea has been around for as long as 2,000 years. Kombucha has been growing in popularity in the U.S. for the last decade. In 2018, sales of kombucha represented 10 percent of all refreshment beverage sales with sales up 21% from 2017, and the global kombucha market size is expected to reach a market size of $7.05 billion by 2027

Kombucha is typically made by mixing ingredients, including yeast, bacteria, sugar and tea and letting them rest in a warm environment for a few weeks. While all kombucha contains a small amount of alcohol usually less than 0.5% alcohol by volume, as it’s a byproduct of the fermentation process, hard kombucha generally adds in a few extra weeks of fermentation as well as different amounts of added sugar and different yeast, for an ABV of between 4 and around 7%.

Here are a few brands to sip right now.

Boochcraft: One of the most popular hard kombucha brands, Boochcraft has a line of core flavors including Ginger Lime, Orange Pomegranate that are always available, as well as seasonal varieties (hello Watermelon Chili), an heirloom series showcasing a particular fruit from a farm’s harvest and a limited edition series that trends more experimental. They’re known for their juicy, full-bodied flavors.

June Shine: Founded in San Diego, JuneShine with their free-spirited California inspired labels has been all over Instagram in the past year. You’ll find flavors including Blood Orange Mint, Acai Berry, Hopical Citrus, Honey Ginger Lemon, and the recently launched JuneShine 100, a 100-calorie version in Pineapple Orange and Hibiscus Lime.

KomBrewCha: While many kombuchas have a green-tea base, KomBrewCha uses black tea, giving their kombuchas a slightly malty taste. You’ll find them in three flavors-Lemongrass Lime, Berry Hibiscus and Royal Ginger.