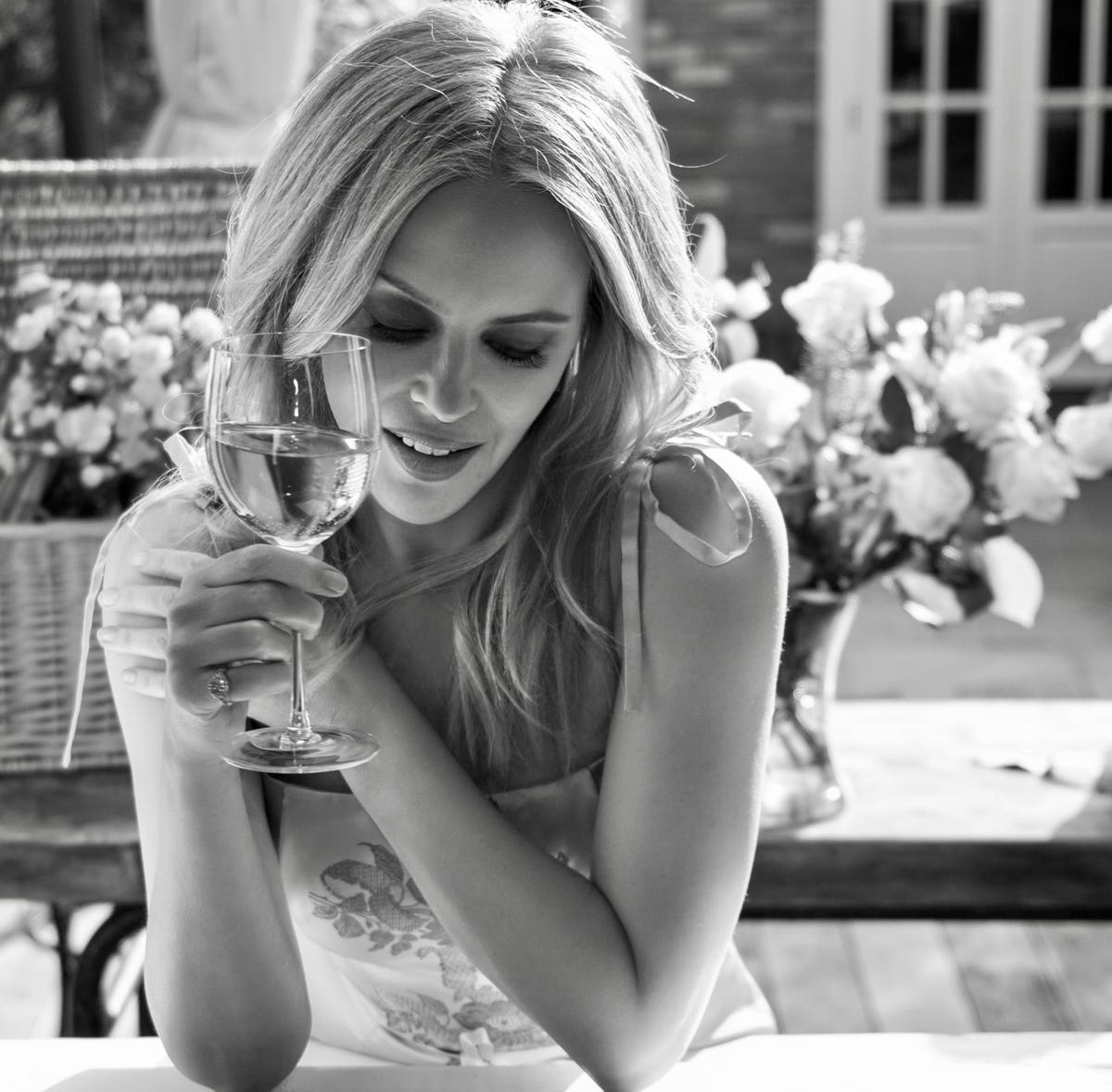 Kylie Minogue, the Australian singer, launched her second wine today, a Provençal rosé, made on the mediterranean coast of Hyères. It is expected to be a commercial success.

Two months ago, Minogue launched a Signature Rosé, a rosé wine that partnered with major high street supermarket Tesco in the U.K. to coincide with her 52nd birthday, priced at £9.99 a bottle ($13). It was Tesco’s biggest ever rosé launch and it has sold out three times since May.

This time, she has aimed in the same price category as Brad Pitt and Angelina Jolie’s joint wine venture, Miraval, in the first of what is to be called the ‘Collection’ series–a bottle costs $23. It is a 2019 vintage, with aromas of pink grapefruit, watermelon and lemon blossom. Only 672 cases of the vintage have been produced, available to buy exclusively through kylieminoguewines.com. She has quoted that the wine tastes like “a getaway in a bottle”.

Minogue chose the blend for her rosé, which is 50% grenache, 40% cinsault and 10% rolle. According to The Telegraph, the wine is produced by Christophe Gautier at Château des Anglades, a 27-hectare estate near Hyères. The wine is distributed by Benchmark Drinks in the U.K. and reviews have said that the wine is as “crisp as the clicking of a cicada, with tart pink grapefruit softened and smoothed out by silky strawberries and cream”.

Kylie Minogue acted in cult series Neighbours and topped the charts with The Locomotion in 1987, which became the highest selling single of the decade in Australia. She has sold over 80 million records.

In 2008, Kylie was awarded an OBE in the U.K. for services to music as well as the highest cultural honour in France, Chevalier Dans L’Odre des Arts et des Lettres, by the French Government for her contribution to the enrichment of French culture.

Minogue is also planning to launch two more wines as part of the ‘Collection’ series–a Sauvignon Blanc from Gascony and a Pays d’Oc Merlot. It is also hoped that she could launch a high-end Chardonnay from Margaret River in western Australia. Minogue has both Australian and British nationality.