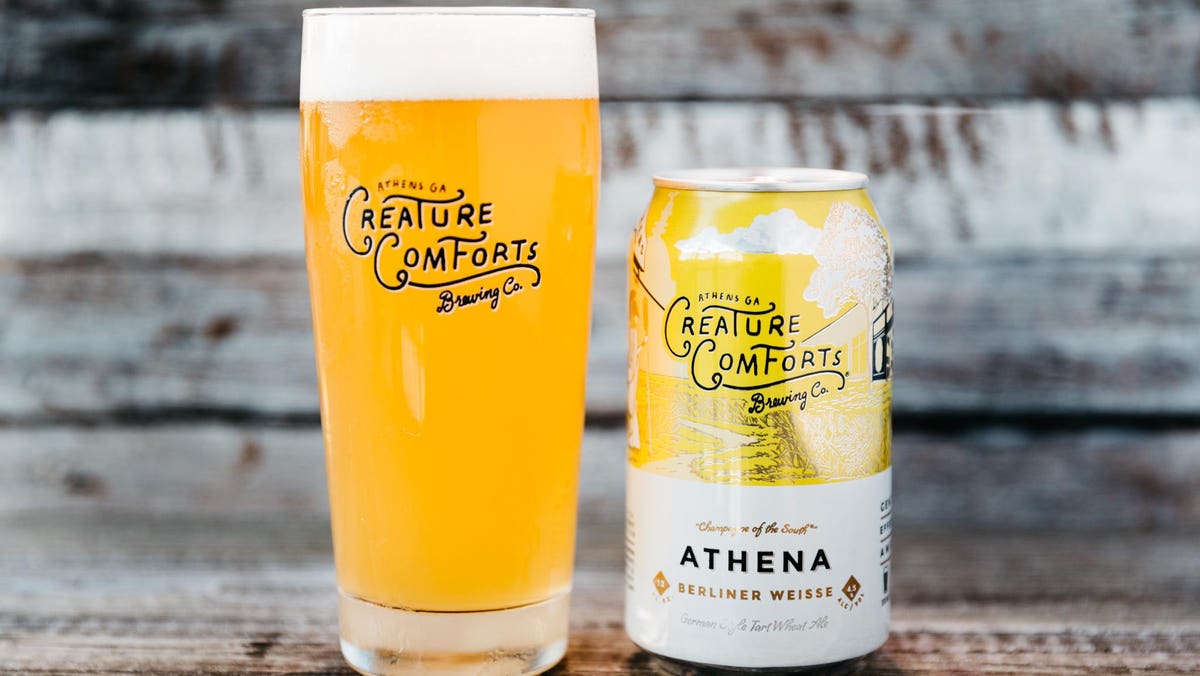 In 2014 Creature Comforts Brewing Company poured its first pint out of a converted warehouse in downtown Athens, Georgia. The craft beer scene was already dense at the time but the upstart found separation by focusing on a set of quality-driven, true-to-style flagships. It was a recipe for success fervently embraced by the local community. And so it grew—substantially. Over the six years since, sales have skyrocketed some 2675%. That’s enough to distinguish it as one of the fastest-growing breweries in the US. To satisfy swelling demand, Creature Comforts today announces its first ever expansion: the opening of a taproom and production facility in Downtown Los Angeles, expected by summer of 2021. Here’s an exclusive look at how it all came together.

“We grew a love for the city through visiting multiple times for collaborations with local breweries, festivals, and conferences,” recalls CEO Chris Herron. “After running some statistical models for potential new markets we were thrilled when LA emerged at the top of that list.”

Shortly thereafter, brewery founder David Stein committed to a temporary relocation to help lift the West Coast project off the ground. “I plan on being the boots on the ground in LA and supporting the business in any way possible,” says Stein. “I’ll have a strong focus on building the brand here.”

Once they landed on the place it was just a matter of finding the proper space. And for that they needed a sprinkling of cinematic serendipity. It all goes back to 2017, when a certain Marvel franchise was filming its final installments on-location in the brewery’s backyard of rural Georgia.

“While shooting Avengers: Infinity War and Avengers: Endgame in Atlanta, my assistant, a Georgia native, introduced me to his favorite beer—Tropicália [IPA] by Creature Comforts,” director (and drinks enthusiast) Joe Russo tells Forbes. “After tasting it, I was instantly obsessed with its refreshing, citrus flavor. Perfect for sunny afternoons in Georgia. It became the official beer of the cast and the crew.”

Russo was so smitten, in fact, that he placed the beer in Thor’s hand for several brief scenes in Avengers: Endgame. And thus, Creature Comforts enjoyed not one, but two cameos in the top-grossing film of all time. Years later, the filmmaker stumbled across a studio space in LA’s vibrant Fashion District which happened to have the proper zoning to hold a brewing facility. He didn’t hesitate to let his friends back in Athens know, assembling a promising partnership in the process.

“The opportunity to work in close proximity with Joe as we look to build our brand really made it seem like the perfect next location for Creature Comforts,” notes Herron. Russo, for his part, is just happy to share his favorite beer with friends and family across the city. It will be served in style: plans show a sleek 3,000-sq. ft. taproom adjoined by ample outdoor seating and a 10,000-sq. ft. brewhouse.

On-tap, you can anticipate the same well-balanced offerings that catapulted the original brewery to superstardom. In addition to the cultishly celebrated Tropicália, there’ll be plenty of Classic City Lager, Bibo Pilsner, and the brand’s award-winning Berliner Weisse—Athena.

Even in the heavier-hopped Cosmik Debris, the house style honors subtle complexity. Head brewer Adam Beauchamp eschews the loud one-upmanship that characterizes much of today’s craft scene in favor of a meticulous ingredient-driven approach. His scientific method is hardly a coincidence. The former geneticist has the credentials of a superhero.

“I manage a team of four scientists whose day-to-day responsibilities are primarily around tracking the quality of our beer at every step of the process,” he explains. “We use a lot of different methods focused on microbiological, analytical and sensory sciences. Most recently, we purchased a Gas Chromatography Mass Spectrometer, which is allowing us to gain lots of valuable insight into a wide range of volatile flavor active compounds in our beer.”

It yields results that aren’t just refined but refreshing. And some of that cutting-edge science will no doubt inform a litany of one-offs exclusive to the future California location. Los Angeles, already blessed with one of the best craft beer scenes in the country, is adding quite a gem to its gauntlet.

“There is world class creativity and craftsmanship at the heart of Creature Comforts,” adds Russo. “Exceptional quality is their priority. The quality of their product, the quality of their brand and especially the quality of the team behind it all.” And if there’s one thing the Avengers director knows better than most, it’s how to showcase a uniquely qualified team when he sees one.