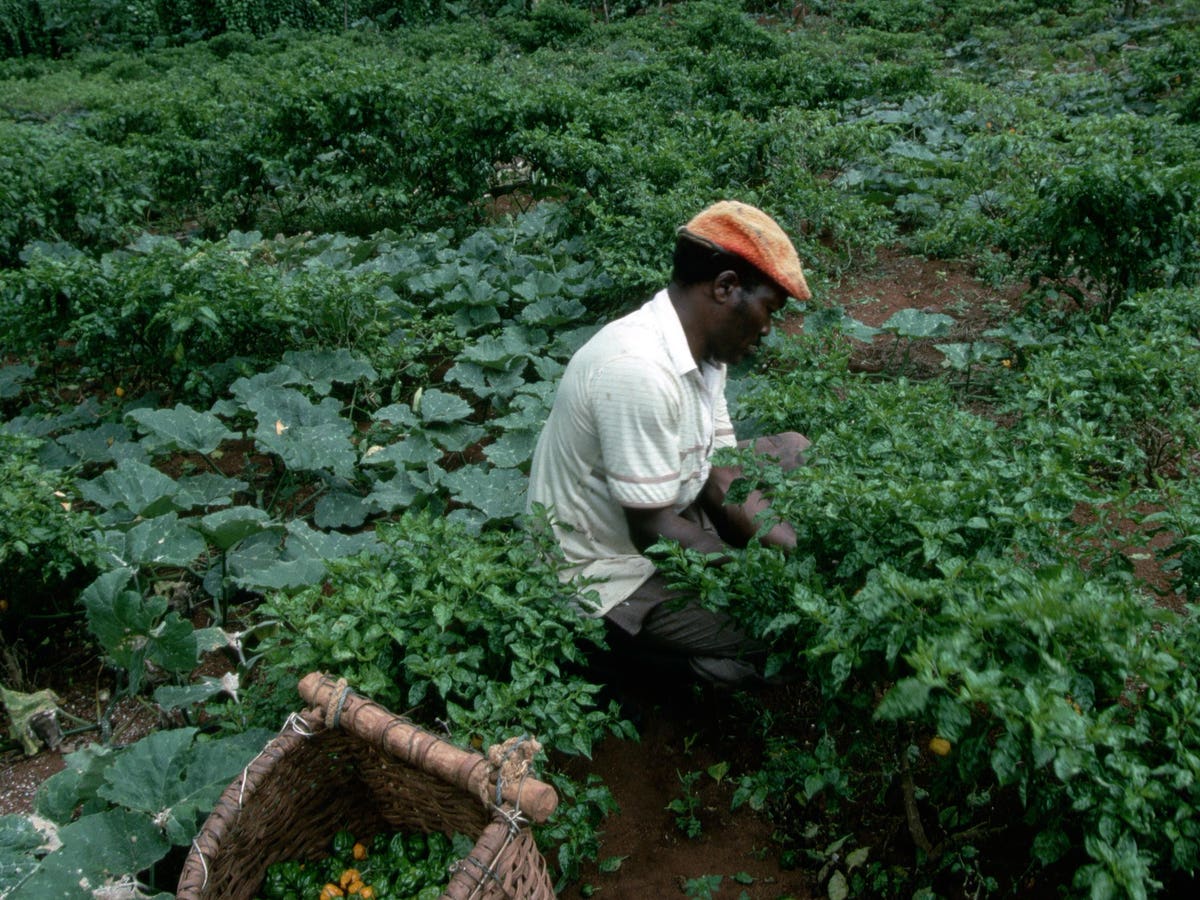 Jamaica’s 154,000 smallholder farmers occupy the majority of the country’s agricultural land area (440,000 hectares) and are the backbone of the Caribbean country’s agriculture sector. They are custodians of Jamaica’s indigenous food culture and are vital for the country’s sustainable development, but due to their small resource base and dependence on rain-fed agriculture, they are also the most vulnerable to the challenges of rising temperatures and increasingly unpredictable weather, which is an ever-present threat to yields, crop quality, soil and water resources.

Jamaica is the third most exposed country in the world to a number of climate change impacts, with over 96 per cent of the country’s GDP and population at risk to two or more hazards. (Food and Agriculture Organisation) Between 1994 and 2010, major climate events, including hurricanes, floods, droughts, storm surges and landslides, led to damage and losses of $343.3 million to Jamaica’s agriculture sector (Technical Centre for Agricultural and Rural Cooperation). In 2014, Jamaica experienced its most severe drought in forty years, causing annual agricultural production to fall by 30 per cent.

According to Jamaica’s investment and export promotion agency, JAMPRO, “Investment is needed in climate resistant agricultural practices, which can allow the industry to produce at the potential of 1.4 million tonnes given climatic conditions versus 678,449 tonnes produced in 2018.”

Smallholder farmers (each occupying between 0.15 to 2 hectares of land) account for 77 per cent of around 220,000 registered farmers in Jamaica. Women farmers, the majority of whom are smallholders, make up about 30 per cent of farmers and play an important role in multi- functional capacity in the production, marketing and processing of fresh food. (Food and Agriculture Organisation) The impact of an investment in climate resilient agriculture practices, as recommended by JAMPRO, would have a fundamental impact on the small farming sector, with positive spill over effects for rural populations— impacting livelihoods, improving economies of scale and boosting the national economy.

Small farmers in Jamaica are highly vulnerable to climate change, and can feel powerless to mitigate or adapt to its impacts due to difficulties accessing technical and financial support. Limited resources (land and financial) and the threat of climate uncertainties prevent access to capital that would allow for growth and investment in climate resilient infrastructure, which would improve productivity and create a path out of poverty, but without access to much needed capital it is largely impossible for rural farmers to effectively respond to the impacts of climate change or to make their way out of poverty. This is especially the case for women farmers.

The relationship between rural poverty and climate change vulnerability is cyclical, mutually reinforcing and, if left unaddressed, could be potentially devastating for rural populations and the entire economy, particularly in the context of the pandemic when food security and rebuilding livelihoods are more important than ever before.

Doubling agricultural production would improve Jamaica’s food security and help to reduce the island’s $900 million food import bill. According to the Jamaica Gleaner, 20 per cent of imports could be substituted by domestic output, with the potential for added inflows of  $1.7 million to the local agriculture and agro-processing sectors, while saving precious foreign exchange dollars.

Since the onset of the pandemic, Jamaica’s Ministry of Industry, Commerce, Agriculture and Fisheries (MICAF) has allocated just under $3 million towards the alleviation of drought and the impacts of COVID-19. From a drought perspective, the government is focused on improving irrigation infrastructure and incorporating climate-smart approaches.

In an effort to ramp up agricultural production post COVID-19, MICAF is investing close to $700 thousand in a sub-project that promises to ramp up food production by 5 per cent. The programme is expected to benefit more than 13,000 smallholder farmers and will focus on vegetables, fruits, condiments, roots and tubers, as well as the rearing of goats and cattle, over the period of one year.

A partnership between the Technical Centre for Agricultural and Rural Cooperation (CTA) and The Rural Agricultural Development Authority (RADA) has enhanced the climate resilience of local farmers through the implementation of an early warning/ climate information system. Many farmers now have access to real time data, bespoke weather forecasts and relevant advice via SMS and smartphone apps, three months in advance of a climate-related events.

The impact of the CTA-RADA project is evident in the results of an assessment of the impact of Jamaica’s 2014 drought— farmers who had not utilised the climate information system lost 72 per cent of their produce, compared to losses of 39 per cent among those who had.

Successful projects have engaged smallholder farmers in a way that their local knowledge can be optimally harnessed and combined with scientific and technological solutions.

The Food and Agriculture Organisation, under the sponsorship of Global Affairs Canada is currently in the proposal-stages of ‘ADAPT-Jamaica, Enhancing the climate change resilience of vulnerable smallholders in central Jamaica’ project, that seeks to improve landscape resilience, agricultural production and increased knowledge of climate-resilient agricultural practices. If implemented, the project would impact more than 100,000 smallholder farmers located in Jamaica’s food basket parishes (Manchester, St. Elizabeth, Clarendon, Trelawny, St. Ann and St. Catherine) accounting for 70 per cent of national agricultural output.

The International Centre for Tropical Agriculture (CIAT) predicts that by 2050, Jamaica’s annual rainfall will have decreased by between 700 mm and 800 mm, annual mean temperature will have risen between 2 and 2.1 °C, with heightened variability in weather. Improving the climate resilience of smallholder farmers would support a sector that contributes $1.7 billion to Jamaica’s GDP and $329.9 million to exports (JAMPRO, 2018) and would enhance food security, boost rural livelihoods, enrich local food culture, improve public health and grow the national economy.

The need has never been greater.