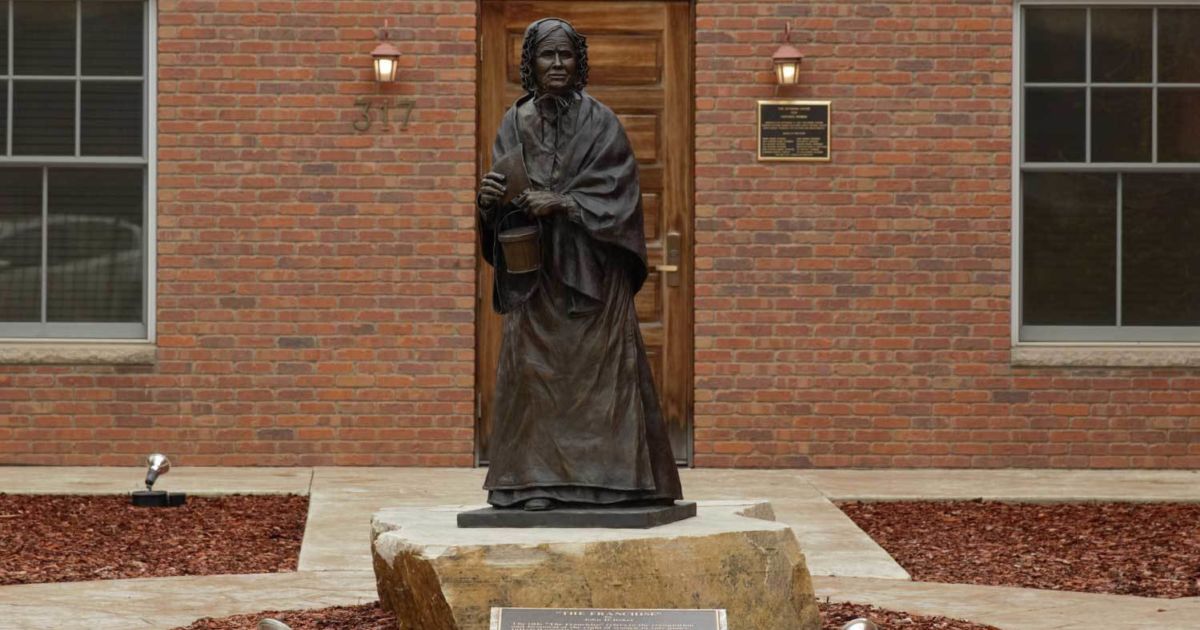 These monuments around the country celebrate the women of all backgrounds that have championed voting rights.

August 18, 2020 marks a century since the ratification of the 19th constitutional amendment granting the right to vote regardless of gender. Since far before and after 1920, women of all backgrounds across the U.S. have been championing civil rights and other issues of the day.

While landmarks, monuments and memorials to suffragettes and female civil rights advocates might have limited hours or be inaccessible due to COVID-19 mandates, you could walk or drive past some of them. Here is where to begin:

Montgomery’s Dexter Avenue is along the route of the bus that Rosa Parks would board and refuse to give up her seat to a white man in 1955; a life-size statue of Parks stands there. Troy University’s Rosa Parks Museum and Library on Montgomery Street is dedicated to Parks’ action and the subsequent Montgomery Bus Boycott.

In Denver’s Capitol Hill, the Molly Brown House Museum showcases the famous Titanic survivor who helped to organize the Conference of Great Women in 1914 in Newport, while the Center for Colorado Women’s History tells about this topic through exhibits and lectures. In Colorado Springs, a statue of entertainer and philanthropist Fannie Mae Duncan, who owned and integrated the city’s first jazz club, stands outside the Pikes Peak Center.

In Canterbury, the Prudence Crandall Museum honors Connecticut’s Official State Heroine who ran a higher education academy for African American women until mob violence forced her school to close. In Hartford, the Harriet Beecher Stowe Center is where the “Uncle Tom’s Cabin” author and activist once lived. It now serves as a museum and a forum for social justice and change.

The Old State House in Dover’s First State Heritage Park was where suffragists Susan B. Anthony, Elizabeth Cady Stanton and Mary Ann Sorden Stuart addressed Delaware legislators in support of a state constitutional amendment in favor of women’s suffrage. The Harriet Tubman Underground Railroad Byway crosses into Kent and New Castle counties in Delaware but comes from Maryland’s Eastern Shore and concludes in Philadelphia. It encompasses 45 sites linked to Tubman, who also supported women’s suffrage, plus others who sought freedom from enslavement.

In Capitol Hill, the Belmont-Paul Women’s Equality National Monument was the headquarters for the National Women’s Party; it’s named for Alice Paul, the party’s founder, and Alva Belmont, a major benefactor.

In Lincoln Park, the Mary McLeod Bethune Statue is the first to honor an African American woman in a D.C. public park; her home, now the Mary McLeod Bethune Council House,was the first location for the National Council of Negro Women. In Northwest D.C., the Mary Church Terrell House is for the founder and president of the National Association of Colored Women who successfully fought to integrate dining spots in D.C.

Now a private residence, in Chicago’s Douglas neighborhood, the Ida B. Wells-Barnett House was where civil rights advocate and journalist Ida B. Wells, and her husband, Ferdinand Lee Barnett, resided for almost 20 years. Wells led an anti-lynching crusade across the U.S. and fought for woman’s suffrage.

The SEEK Museum in Russellville has put on display a life-size bronze statue of civil rights pioneer Alice Allison Dunnigan – the first female African American admitted to the White House, Congressional and Supreme Court press corps – at a park adjacent to its Payne-Dunnigan house on East 6th Street. In Lexington, at Ashland, the estate of Henry Clay, a marker honors Madeline McDowell Breckinridge, Clay’s great-granddaughter, social reformer and suffragist.

Along the Harriet Tubman Byway, the Bucktown Village Store in Cambridge is where a young Tubman would defy an overseer’s order and was impacted by a resulting head injury. At Historic St. Mary’s City in Southern Maryland, learn about Margaret Brent, an 17th century woman asking the colony’s leaders for voting rights. In Baltimore, the Lillie Carroll Jackson Civil Rights Museum was home to this predominant Civil Rights leader and president of the city’s NAACP branch.

The Boston Women’s Heritage Trail encompass various neighborhoods and the women who lived in or are connected to them; their Women’s Suffrage Trail goes by stops such as the Boston Women’s Memorial. In Adams, the Susan B. Anthony Birthplace Museum highlights what would influence this suffragist’s early life.

In Battle Creek, where she lived out her final years, the Sojourner Truth Monument in Monument Park honors this abolitionist, suffragist and orator.

The Minnesota Woman Suffrage Memorial Garden at the Capitol Mall in St. Paul has a 94-foot steel trellis with the names of 25 key Minnesota suffragists. A series of steel tablets shares the story of the fight for women’s suffrage in this state.

Now the staff offices for the Georgia O’Keefe Museum in Santa Fe, the Alfred M. Bergere House was where Adelina (Nina) Otero Warren, a noted suffragist, author and business woman lived. She headed the New Mexico chapter of the Congressional Union (a precursor to the National Woman’s Party).

New York
In Seneca Falls, the Women’s Rights National Historical Park contains the Wesleyan Chapel, where the First Women’s Rights Convention met, and the home of suffragist Elizabeth Cady Stanton. Harriet Tubman lived out the rest of her life in Auburn at Harriet Tubman National Historical Park. In Rochester, see the Susan B. Anthony Museum & House and take a selfie with “Let’s Have Tea,” the statue of Anthony with her friend Frederick Douglass in Anthony Square.

The Eleanor Roosevelt National Historic Site in Hyde Park is the only one of its kind to a U.S. First Lady. Shirley Chisholm State Park in Brooklyn is named for first African American Congresswoman and the first woman and African American to run for president.

An “Ohio Women in History” road itinerary lists eight stops including Oberlin College, which first granted undergrad degrees to women in a co-ed setting, and the Upton House and Women’s Suffrage Museum in Warren, which recognizes Ohio suffragists. In Akron, a historical marker for Sojourner’s Truth “Ain’t I A Woman” speech commemorates where the church she spoke at once stood.

In downtown Dallas, Fair Park has a women’s history lesson where the 1893 State Fair featured a woman’s congress of over 300 women. During its 1913-1917 years, the fair’s Suffrage Day had local suffragists coming to promote women’s voting rights.

Houston’s Barbara Jordan Park is named for this Civil Rights activist who was both the first African elected to the Texas Senate after Reconstruction and the first Southern African-American woman elected to the U.S. House of Representatives. The Christia Adair Park features a mural depicting Adair’s devotion to gaining equal rights for blacks and women.

In downtown Richmond, at Broad and Adams streets, a statue of Maggie L. Walker honors this civil rights activist and entrepreneur. Nearby, Maggie L. Walker National Historic Site represents more about accomplishments, including being the first woman to serve as president of a bank in the U.S.

At the Virginia State Capital, the Virginia Women’s Monument features Walker and artist and suffragist Adele Clark among its 12 statues of women from across the Commonwealth. In Richmond’s Capitol Square, Virginia Civil Rights Memorial honors Barbara Johns, a Civil Rights activist led the first non-violent student demonstration in 1951.

Wyoming
In Laramie, the Wyoming House For Historic Women has an outdoor sculpture of Louisa Swain, who was the first woman to cast a ballot; it’s a block away from where she did that. Then, the Wyoming Women’s Suffrage Pathway includes part of South Pass City; it’s home to Esther Morris, the first woman to serve in the office as Justice of the Peace.