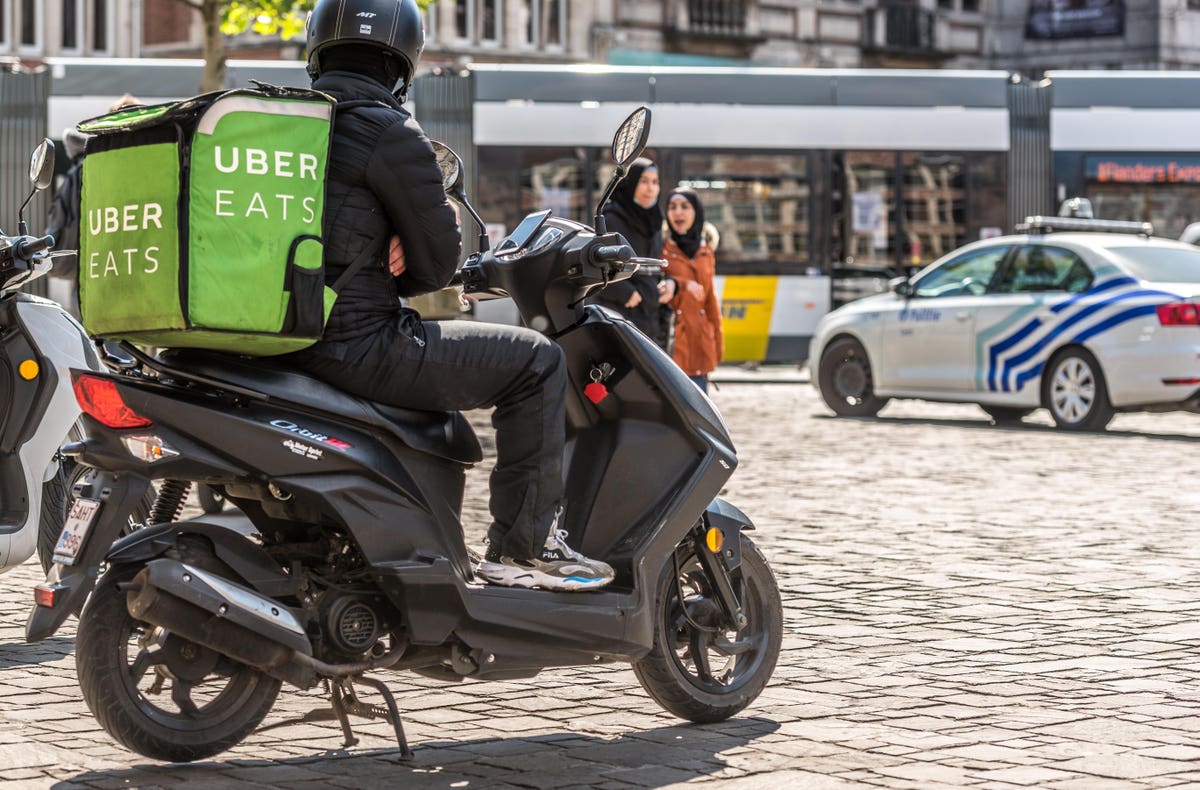 With the coronavirus pandemic keeping people at home and dampening demand for ride-sharing, Uber’s
mainstay business transporting people has just taken a back seat to its younger sibling, Uber Eats.

Gross bookings in Uber’s mobility rides unit slumped 75% to $3.1 billion in the second quarter while in the delivery segment, previously known as Eats, gross bookings more than doubled to nearly $7 billion, Uber said in its earnings report late Thursday. The revenue Uber made from the delivery segment also more than doubled to $1.2 billion as mobility unit revenue fell by two-thirds to $790 million.

Both measures marked the first time the company’s delivery business had topped the mobility business in size, another sign of how Covid-19 has upended consumer behavior and given a leg up to the Uber Eats app, which Uber started just over four years ago.

In contrast, Uber’s mobility segment revenue ended 2019 up 14% to $10.7 billion, more than four times the $2.5 billion revenue it made from the delivery unit. Before coronavirus escalated to become a global crisis, Uber’s rides revenue in the first quarter this year was still three times that of the Eats business.

Seeking to capitalize on stay-at-home consumers’ increased online orders, Uber’s delivery business has made a bigger push to expand from transporting drinks and meals for restaurants from Starbucks
to McDonald’s
to couriering for other merchants including grocery stores and pharmacies.

A case in point, the company last month agreed to buy smaller rival Postmates for $2.65 billion in stock because it was attracted not only by Postmates’ presence in markets such as Los Angeles and Las Vegas but also by its ties with small and medium-sized restaurants. Uber also said that Postmates, as an “early pioneer of ‘delivery as a service,’” would complement its move to deliver more groceries, essential items and other goods.

Studies have shown that a tie-up between Uber Eats and Grubhub would have created the largest U.S. food delivery app, beating current market leader DoorDash.

DoorDash had a 45% share of U.S. food-delivery sales in June, followed by Uber Eats at 24% and Grubhub at 22%, according to research firm Second Measure. Its data from July showed Postmates had an 8% share of the market in June.

“The Covid crisis has moved delivery from luxury to utility,” CEO Dara Khosrowshahi said on a conference call Thursday, adding the San Francisco company has gained new customers and seen higher order size. “We see a demand wave behind us. We see lots of competition.”

With Uber’s ambition to deliver more things beyond food, the competition, he said, also includes Amazon
.

Uber last month began to allow customers in select Latin American, Canadian and U.S. cities to order groceries through the Uber and Uber Eats apps, in partnership with its majority-owned and Chile-based grocery delivery startup Cornershop. It also has unveiled Uber Connect in more than 170 cities to allow consumers to send small packages to friends and family via UberX drivers.

To be sure, the growth for Uber Eats, like many other food-delivery apps, has come at a big cost with free or low-cost delivery offers and other promotions, coupled with low consumer loyalty to any one app, eating away profit. Uber is also are under pressure from some local regulators, mostly recently those in California, to classify its drivers as employees instead of contractors.

Khosrowshahi pointed to countries including France and Belgium where Uber Eats has become profitable as an indicator.

“Pure-play delivery company can be profitable,” he said, projecting Uber’s delivery business will turn profitable in the “vast majority of the countries” in a couple of years.

Related on Forbes: Why Amazon, faced with growing competition, remains in a league of its own

Related on Forbes: eBay has a chance to become relevant again thanks to coronavirus